Financial wellness is a core component of the American Dream, but not all of us are working with the same tools. Can automated fintech help?

More than 50% of Americans lack emergency savings to cover 3 months of expenses, and 25% of Americans admit to having no savings at all. Yet personal finance tools like Acorns, Truebill, Klarna, Greenlight and others are more prevalent than ever. While we have different starting points, we’re all on a journey towards financial wellness. Can the fintech tools of today help us reach our personal destinations?

*This was a virtual event

Since the days of the American Frontier, people have been looking towards innovation to improve their lives. Ever since, Cincinnati has been at the crossroads of those pioneer trails. Come 2021, one way in which this tradition lives on: Fintech Frontier, a collaboration with Cintrifuse, a public-private partnership to further Cincinnati’s tech industry.

As part of its continued outreach to promote innovation in the Queen City, Cintrifuse hosted a webinar on August 26 with leaders in the financial technology (fintech) startup arena who have played an integral role in cementing Cincinnati as a nexus for the sector. Joining Cintrifuse CEO Pete Blackshaw for the mid-afternoon, hour-long session were Tim Spence, Cintrifuse board member and president of Fifth Third Bank, as well as Nasir Qadree, founder and managing partner of Zeal Capital Partners, a venture capital firm based in Washington, D.C. whose investment thesis centers around support of early-stage startups from all ethnic, racial, and socioeconomic backgrounds—and new companies with a clear stated mission of empowering more people from historically underprivileged communities.

Fifth Third, headquartered in Cincinnati, is the 13th-largest bank in the U.S. by assets, with $205 billion as of June 2021 and some 1,200 branches across 10 states in the Midwest and South. According to Spence, it’s also one of the three biggest banks in most of the regions in which it operates. Founded in 1858 as The Bank of the Ohio Valley, Fifth Third is part of a vibrant financial-sector ecosystem in the city that also encompasses such heavy hitters as Western & Southern Financial Group.

For its part, Zeal has been fueling Cincinnati-area entrepreneurship by investing in startups that promote financial accessibility. On that list is Pay Theory, a Family Tech company that promotes economic inclusivity to the 30 percent of U.S. families that are underbanked—and one of a growing number of local startups leveraging the power of fintech to bridge the analog-digital divide that hinders economic and social mobility. This topic of financial inclusivity was at the crux of the discussion among the three panelists.

“There’s long been a history of haves and have-nots in America. Fintech—perhaps as much as any solution mechanism—has a potential to bridge this divide,” noted Blackshaw. “We have the tools now to fully digitize financial services, to educate children at a young age about financial responsibility; what it means to their future, and to provide a path towards wellness for all.”

The COVID-19 pandemic laid bare the economic inequalities that had been long simmering in the U.S., Qadree noted. Disparities in access to healthcare have garnered plenty of headlines particularly over the past year and a half. Less covered, however, is how reliance on a digital financial ecosystem can leave out those families whose paycheck-to-paycheck existence might leave them out of the banking system, thus reliant on solutions such as check-cashing kiosks to access paychecks and pay bills.

During a pandemic, having to conduct everyday transactions in-person rather than online poses life-threatening health risks. Pandemic or not, these stopgap products are expensive, preventing people from saving money and reaching financial security—never mind being able to tap into and benefit from financial boom times.

“Tech stocks are reaching trillion-dollar valuations. Public markets are hitting all-time highs. But so many are being left out in terms of consumers,” Qadree pointed out. “Over 50 percent of Americans don’t have enough savings to cover three months of expenses and 25 percent of Americans have no savings at all. We seem to be far from a state of financial wellness for all of us across our country.”

Spence continued along these lines, noting that going into the pandemic roughly 40 percent of Americans didn’t have enough in savings to cover a $500 expense—a cost that can’t be avoided when you need a car to get to work, your child’s computer breaks down during virtual learning, or an air-conditioner that sputters out in the midst of a heatwave. All of these factors lead to even more stress for America’s paycheck-to-paycheck contingent beyond the woes of the pandemic.

“The 20 percent or so who are living on the margins are doubly stressed and fatigued right now. They’re not the ones ordering from Amazon but the ones delivering for Amazon,” Spence said. “They’re not the ones having their dinner from DoorDash but being the folks who prep the dinner for it.”

The way he sees it, having financial institutions develop services for this contingent is not just business sense. It’s a moral imperative. One product that Fifth Third offers to this end is Momentum Banking, a checking and savings platform that requires no minimum balance and free access to a network of 50,000 bank and partner ATMs. Perhaps its most innovative facet in terms of helping lower-income customers achieve financial stability, however, is a short-term liquidity function that allows customers to access paychecks up to two days earlier.

Plus, customers can avoid overdraft fees if they bring their bank balances into the black within 24 hours. In all, the Momentum system prevents lower-income customers from getting caught in the financial traps that often ensnare them: a cycle of expensive overdraft fees that stem from having to make the daily payments necessary to survive while waiting for that semi-monthly paycheck.

Spence continued that true financial equity will need to evolve beyond legacy evaluation tools such as FICO scores. “How do you build products that actually help people simplify and make sense of the complexity at the margin?” he asks.

One way the panelists noted, is via partnerships between early-stage startups and longstanding, traditional financial institutions. The nimbleness and agility of the former, combined with the resources and regulatory savvy of the latter, can be a financial sector win-win. Qadree pointed out that more than 80 percent of financial services firms have partnered with early-stage fintechs on some level, so there is a mutual understanding on both ends of the business evolution cycle as to how such a partnership can develop and flourish.

Sage guidance leading fresh ideas stems into an ideal that is fundamentally American: financial inclusivity. This country was built on people seeking out better lives and new roads to prosperity. With its constant stream of new solutions to tackle long-existing issues, Cincinnati’s fintech scene is just the latest stop on that innovation tradition.

“Our vision is to create a launching pad for FinTech entrepreneurs. We want to attract people who see bold new ways we can make financial services accessible and engaging for customers from every walk of life.” 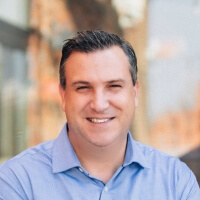 Pete BlackshawCintrifuse CEO
“Our vision is to create a launching pad for FinTech entrepreneurs. We want to attract people who see bold new ways we can make financial services accessible and engaging for customers from every walk of life.” 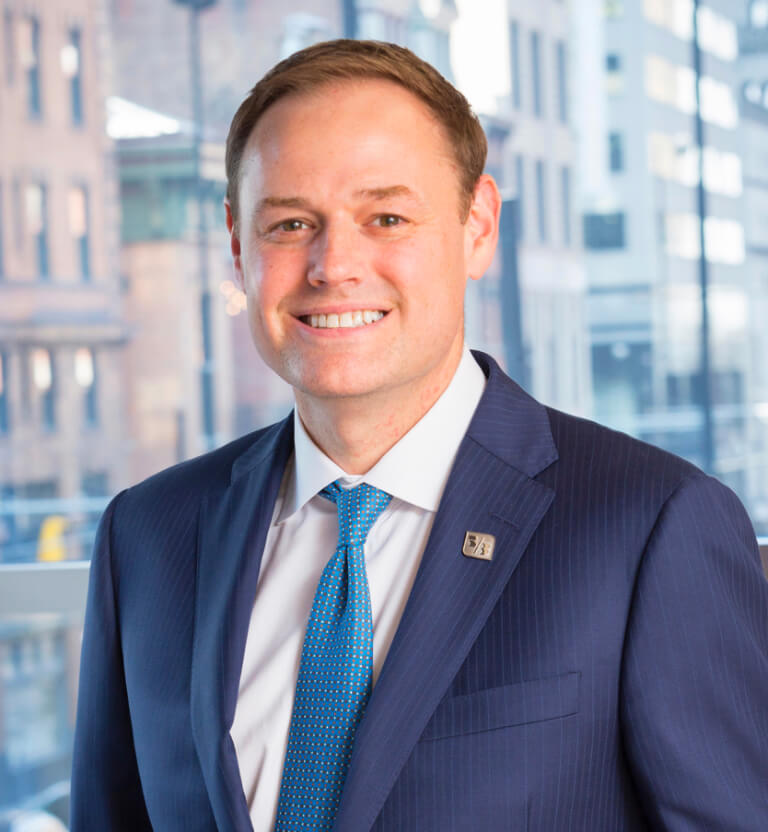 Tim Spence serves as president of Fifth Third Bancorp. He leads all business lines and regional banking, as well as the Bank’s strategy. Before being named president in 2020, Tim held several roles in Fifth Third’s Senior Leadership. 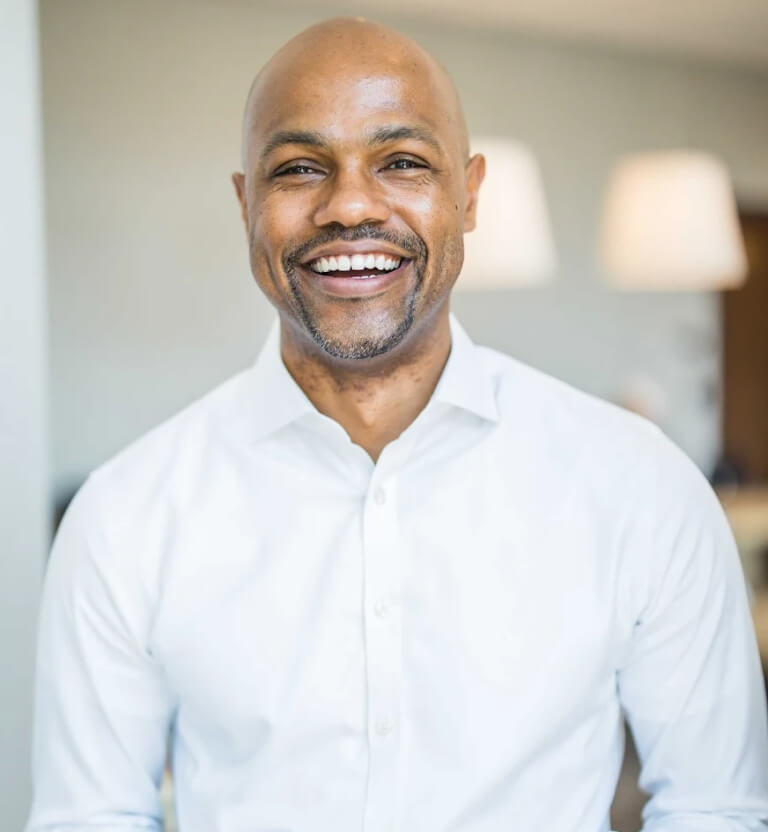 Nasir Qadree is the Founder and Managing Partner of Zeal Capital Partners, a venture capital firm that partners with entrepreneurs to bridge America’s wealth and skills gaps. Prior to Zeal, Nasir served as Associate Director for AT&T’s $400 million Aspire Social Investment Fund, where he oversaw direct investments in education and employment technology companies.

Tim Spence serves as president of Fifth Third Bancorp. He leads all business lines and regional banking, as well as the Bank’s strategy. Before being named president in 2020, Tim held several roles in Fifth Third’s Senior Leadership.

Nasir Qadree is the Founder and Managing Partner of Zeal Capital Partners, a venture capital firm that partners with entrepreneurs to bridge America’s wealth and skills gaps. Prior to Zeal, Nasir served as Associate Director for AT&T’s $400 million Aspire Social Investment Fund, where he oversaw direct investments in education and employment technology companies.

LINKS
Menu
LINKS
Menu
Menu
Twitter Facebook-f Linkedin-in
NEWSLETTER
To stay up to date on announcements, events, and more, subscribe to our newsletter below!

Designed and developed by